It’s with a heavy heart that we share the news of Ingrid Albee’s passing on Saturday, October 8, 2022. Greg Shute, Director of Northern and Coastal Properties, writes:

“Many will remember Ingrid as our Nurse for many years and her husband, Mark, the Chewonki Farm Manager. While at Chewonki, Ingrid and Mark raised their two sons, Hans and Peter, while living in the Gate House

Ingrid and Mark were quite a team and fully immersed themselves in the Chewonki community, regularly initiating humorous skits at campfires, usually with a deeper message about health care, compassion, mental health, and the importance of eating healthy food. Music and dancing were important, too and Ingrid and Mark were longtime members of the Decomposers singing group and never missed a contra dance.

Ingrid stepped into and fully embraced the role of Chewonki Nurse, formerly held by Margaret Ellis, and she instituted many new health center protocols and training for staff. She was a friend to all and attracted many nursing friends to fill positions in the health center during Summer Camp.

After leaving Chewonki, Ingrid and Mark moved to Wonalancet, NH, where Ingrid continued her community-based nursing work. She remained in touch with Chewonki friends, many of whom gathered with her and Mark last summer to share music and stories at their home in Wonalancet.”

Ingrid will be missed greatly. 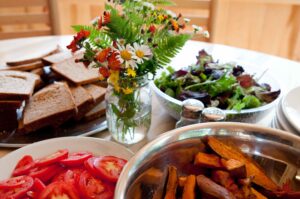