Olivia Woollam, an alumna of Semester 38, is using her class privilege to support the redistribution of power and resources in her hometown of New Orleans, Louisiana. Woollam’s passion for social justice work is buoyed by a firm grasp of her personal values and the ability to build authentic relationships – both of which she honed at Chewonki.

“High school semester programs can allow you to experiment with a new adult-ish version of yourself with people who haven’t already decided who you are to them. That reinvention time at Chewonki was definitely a powerful part of how I got to be more confident in who I am and what my values are, and that in turn was a necessary prerequisite for standing up for [what I believe in],” said Woollam.

A few years after attending Maine Coast Semester, at the age of twenty-two, Woollam was invited to join the board of her family’s foundation in NOLA, the RosaMary Foundation, which was founded in the late 1930’s by Woollams great grandfather. While she recognized that she was being given a unique opportunity, she also felt overwhelmed. Inherited wealth and social status can be difficult to square with a personal commitment to social justice – the two are often at ideological odds. And, despite the opportunity, Woollam was a young woman on a large board of older relatives. “Like any institution that is old, there are ingrained norms of power being given primarily to the older men in the community, and as a young woman I felt very disempowered,” Woollam explained.

Chewonki had helped Woollman understand the importance of peer groups who share a common vision, however, so she sought out another group, Resource Generation, to help process her experience. “By the very nature of wealth, it’s a tiny tiny percentage of the population who could possibly be in the same situation,” Woollam said. “I was able to learn from people who had been through similar situations instead of just embarking on this journey alone.”

Resource Generation is a multiracial membership community of young people (18-35) with wealth and/or class privilege committed to the equitable distribution of wealth, land and power. When she first joined, Woollam was placed in a praxis group of six peers who met regularly for six months. The group gave Woollam the opportunity to process her experience of wealth with other young people who shared her interest in social justice work.

Referring to Chewonki, Woollam said “I think our semester really had a collective energy of collaboration and seeking new ways of being that was and continues to be inspiring to me.” Her new partnership felt similarly energizing. “Resource Generation gave me the tools that helped me feel like I had a role to play, a voice and a right to use that voice. It gave me direction and some measure of structure of how to get there,” Woollam says. “It was important to not be isolated in that way.”

Slowly, Woollam became more active in her advocacy and philanthropy work. She moved back to New Orleans to be closer to the community the RosaMary Foundation supports. “Especially in a situation where a foundation has access to so much power and money, it’s dangerous to exist in a bubble because it warps your understanding of what’s happening in the world,” Woollam says. “Because of Resource Generation, I was pushed to try to make personal connections with the people I admire, respect and would like to fund.”

These personal relationships with local activists opened the door to funding that didn’t necessarily fit the traditional model. “It’s deeply necessary to support and learn from the organizers who have experience,” says Woollam. “Because of the extreme oppression of people of color in the south, there’s an incredible history of creative and brilliant solutions in terms of finding ways to survive and thrive despite the problems. . . looking at black organizing is the only way to see a path into the future for all of us.”

What advice would Woollam give to a young person in a similar position? “I think one thing that young people need to hear over and over again is that it’s okay not to get it right, right away. I have always struggled with perfectionism, and its flip side, giving up. Unlearning social norms and challenging established narratives is hard, and as people with privilege, it’s always easier to give up when you make mistakes – and go back into the bubble of pretending everything is fine and/or there’s nothing *you* can do about the problem. But it’s the work to mess up, solicit and take criticism from the people your mistakes impact, and try again.”

Resource Generation has chapters in several regions of the U.S. More information can be found on their website https://resourcegeneration.org/ 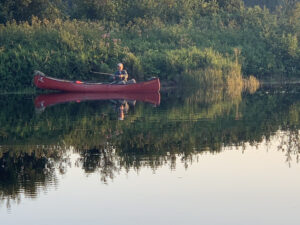