The Semester students, all high school juniors, arrived from all across the United States, including California, Colorado, New York, Minnesota, and Florida, as well as China and Russia. The younger students in grades 3-7 arrived from nine midcoast Maine towns. Despite differences in age and background, the scene on both sides of campus was very much alike: eager students and watchful family members stepping out of cars; meeting teachers; getting directions to classrooms, cabins, and health check-in; touring the farm; making small talk over cornbread and chili. Sal, our celebrity workhorse, clopped up and down the road with wagonloads of luggage. By mid morning, Elementary School students were all outside enjoying the September day. New students in the grades 5-6 class reported feeling an undercurrent of dread when they jumped out of bed in the  morning, but it had given way to excitement. “I really can’t wait for our camping trips!” said one boy, after hearing that mosquitoes are scarce in Maine in the fall.

Under the pines, two parents from Florida traded concerns about Hurricane Irma. Amy Feins said her husband, who was at home, was making plans for evacuation. She noted with a smile that her son, Adam, wasn’t worrying. He was already deep in conversation, and Chewonki feels a long way from Naples, Florida. There must have been some jitters among semester students; who hasn’t felt an anxious ache on the first day of school? They weren’t obvious on Tuesday, though. “I’m calm,” said Ava Westlin of Los Angeles, as she and her family made their way around the Quad for the first time. “I’m just excited.” 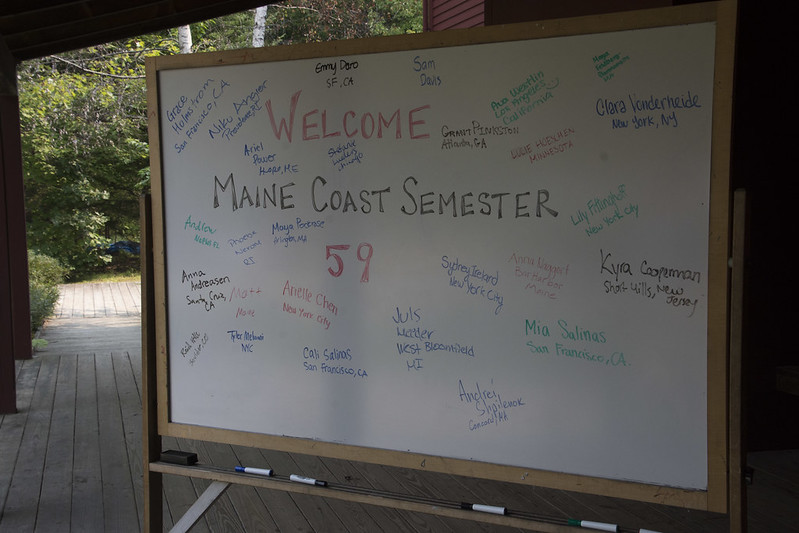